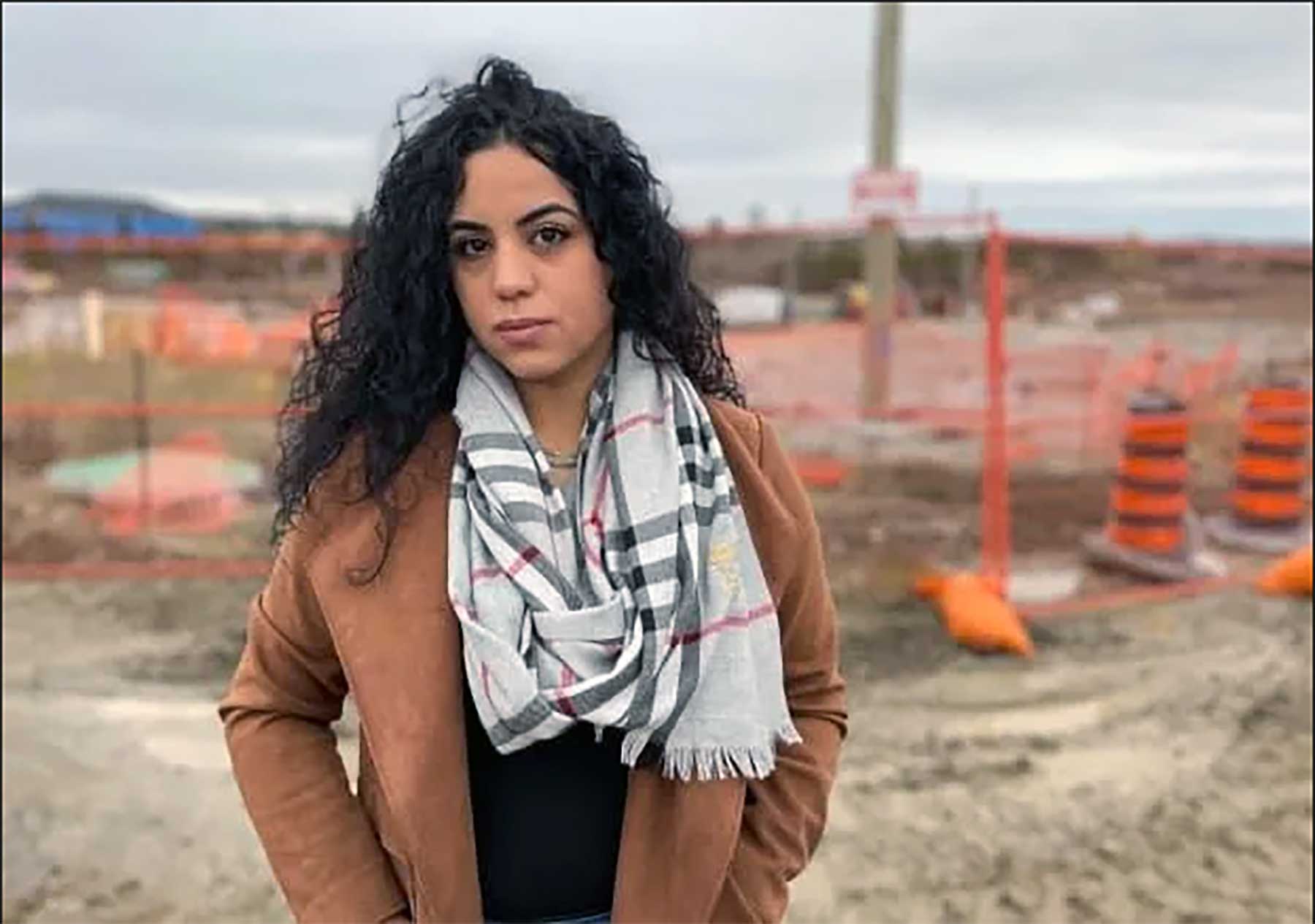 The foundation has been poured for Soraya Palma's first home and she's paid most of the deposit. But the 29-year-old says she now has no choice but to walk away from the Barrie, Ont., development.

The foundation has been poured for Soraya Palma’s first home and she’s paid most of the deposit. But the 29-year-old says she now has no choice but to walk away from the Barrie, Ont., development.

Last Wednesday, she received a letter that left her speechless.

Pace Developments informed her it’s cancelling their agreement from March 7, 2020, and returning Palma’s deposit even as construction on the walk-up condos continues. That is, unless she agrees to pay an additional $100,000 on top of the original $512,000 purchase price.

Experts that CBC News spoke to say what Pace is doing is most likely legal, although they caution that they haven’t seen the contracts.

But that’s little consolation to Palma.

Palma said she made sacrifices to afford the house. She and her partner put off their wedding and she moved in with her parents when she got laid off from her downtown Toronto office job because of the pandemic. She now runs her own business.

“To add another $100,000 onto a home, it’s not pennies,” said Palma. “I’m unfortunately going to have to walk away from the deal and look for something I can afford.”

She and dozens of people who invested in 70 Phase 1 units of Pace’s Mapleview Developments, known as Urban North Townhomes, between 2018 and 2020 were given the same two options by the Richmond Hill developer last week — walk away with their deposits or buy back in for an additional $100,000.

The developer’s about-face, however, doesn’t affect buyers of townhouses on the same site, who bought more recently at a higher price.

CBC News spoke to five of the buyers who’d chosen their preferred fixtures, paid extra for upgrades and received assurances from Pace that after years-long delays, their new homes would be ready in 2022. They all say they were blindsided by the letter they received from the developer.

“Due to circumstances beyond our control and despite the vendor’s best intention, our project has been challenged by COVID-19,” says the letter dated Nov. 9, 2021, and obtained by CBC News.

“At this time, financing for the project on terms satisfactory to the vendor cannot be arranged … Unfortunately, it will force the project vendor to now cancel your agreement of purchase of sale.”

“This situation affects buyers at the earliest stages of this project, which had a scheduled completion date of over a year ago,” she said.

Sciavilla said it would be “very difficult” to provide a detailed breakdown of price increases because they’re across the board. She said Pace has also faced months-long delays getting building permits from the City of Barrie, which has held up construction and driven up costs.

But the city disputes that claim.

Michelle Banfield, director of development services for the city, said there have been no permit or inspection delays for the project, even during the pandemic, and approvals all happened within “typical industry timelines.”

Banfield noted Barrie is ranked first in the Greater Toronto Area as the most efficient, helpful and cost-effective municipality for getting new housing developments approved, according to a 2020 Building Industry and Land Development Association report.

Banfield also said the city has approved about 130 of Pace’s 300 applications, with the rest expected to be issued in late November or early December. But lawyers for the developer said this is evidence of how slowly the city has been approving the entire development.

Margaret and John Geniole purchased their bungalow unit in 2018 for $442,000 with an estimated closing date in the fall of 2020. They sold their house and moved in with their daughter in the meantime, but the project was delayed twice — before the pandemic began — to the spring of 2022.

Now they’re faced with the choice of paying the additional $100,000 and hoping to move in next spring or taking their $25,000 deposit back, even though it’s worth considerably less in the GTA housing market than four years ago.

Home prices have skyrocketed in Barrie, which is about 100 kilometres north of Toronto, in recent years. When Pace first started selling the units in 2017, the average price was $502,755. That’s increased to $876,018 as of this past October, according to the Canadian Real Estate Association.

“They’re taking advantage of the housing market,” said Margaret Geniole, 75. “I don’t think it’s right. They expect us to honour our contract. We expect them to honour theirs.”

The couple said they feel like they have no choice but to buy back in and hope the developer doesn’t raise the price again.

“To get a lawyer to fight it is going to cost us money that we can’t really afford,” Geniole said.

Wendy Acheson, the CEO of the Home Construction Regulatory Authority (HCRA), said it’s received complaints from buyers in similar situations since it started operating in February.

“In fact, we issued an advisory about that in April to let builders know that we expected them to treat purchasers with honesty and integrity if they’re going to try to renegotiate a contract,” said Acheson.

She said buyers should get legal advice and file complaints with the HCRA. If it determines there’s been misconduct, the developer may be given a warning, or provided with education. In the worst-case scenario, its licence could be revoked and a disciplinary committee could issue a fine of up to $25,000.

Law is ‘one big grey area’

While Pace’s tactics seem unfair to buyers, they’re probably legal, according to the experts CBC News spoke with. Most pre-construction contracts allow developers to cancel sales agreements, require more money and delay projects if there are “unavoidable” reasons, like a pandemic.

“This is greed, pure and simple, and the greed is endorsed and supported by the government of Ontario,” said Aaron.

Matteo Guinci, a spokesperson for the Ministry of Government and Consumer Services, said the province expects condo developers to treat pre-construction buyers with fairness. He pointed to its mandatory code of ethics established in July 2021 to strengthen consumer protections.

Even if buyers were to take legal action, the case would be tied up for years, said broker David Fleming. In his 18-year career, he said he never sold pre-construction properties to clients because of high risks and low rewards.

“The developers’ lawyers have spent a lot of time and a lot of effort to make these contracts ironclad,” Fleming said.

It’s still the responsibility of buyers to know what they’re getting into when it comes to buying pre-construction homes, he warned.

“What I tell people is developers have far deeper pockets and far better lawyers than you do. So it really doesn’t matter what’s in the contract. The law is one big grey area until you have a judgment in the courtroom.”

PrevPreviousAugust home sales down, prices up as supply fell 43%
NextA Toronto mall around for over five decades will be completely demolishedNext
On Key